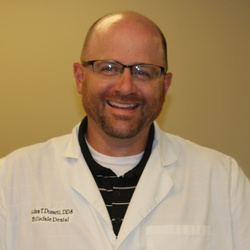 Dr. Adam T. Dorsett was born in North Carolina and raised in Davie County. He graduated from Davie High in 1993 and went on to earn his Bachelor of Science in Biology from the University of North Carolina at Chapel Hill. He continued his post-graduate studies at UNC Chapel Hill School of Dentistry. During his graduate work Dr. Dorsett was elected President of his class and awarded the Spurgeon Dental Class Award for demonstrating sensitivity to the needs of fellow classmates and patients. Dr. Dorsett went on to earn the Foundation of Pierre Fauchard Academy Scholarship Award for outstanding academic achievement, the American College of Dentists Outstanding Leader Award, and the Academy of Dental Practice Administration Endowment, and Memorial Foundation for recognition of excellence in dental practice administration.

Following graduation, Dr. Dorsett joined Dr. Jerry Hauser at Hillsdale Dental in the summer of 2001 and became a partner in January 2004. Dr.Dorsett is a member in good standing of the American Dental Association, Greater Forsyth County Dental Society, and North Carolina Dental Society. Through his years of service Dr.Dorsett has become an active member of the Davie County community. He is a founding member of the Hillsdale Sunrise Rotary Club and sits on the Davie County Board of Health. A firm believer in local and global volunteerism Dr. Dorsett participates in community dental health initiatives through programs in the Davie County School system, Storehouse for Jesus, Davie Dental Stars, and the national Give Kids a Smile project.

Dr. Dorsett has been married to his wife Susan for over 10 years and they have two children. You will find Dr.Dorsett and his wife cheering on their kids at sporting events most weekends. When not practicing dentistry or participating in family activities, Dr. Dorsett is an avid outdoorsman and enjoys running, biking, hiking, boating, fishing and hunting. He often competes in Adventure Races (off-road triathlons) and relishes in the thrill of competition! 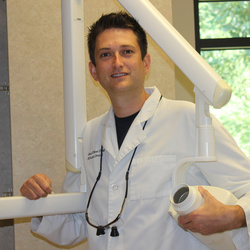 Dr. Moore began working with Dr. Dorsett and Dr. Jerry Hauser in June of 2008. He became a partner in the practice in January 2009. Dr. Moore is a member in good standing of the American Dental Association, North Carolina Dental Society, and Forsyth County Dental Society. He is an active member in the community and works with various organizations such as Davie Dental Stars, Storehouse for Jesus, Susan G. Komen Race for the Cure, and the American Red Cross.

Dr. Moore has many hobbies outside of work which include wood working, running, and building Lego sets with his kids. You will find one of his tables in the consultation room at Hillsdale Dental. Jason and his wife Lee have two young children and a pet dog. 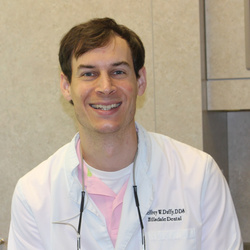 Dr Jeffrey W Duffy grew up in Charlotte NC and attended UNC Chapel Hill for undergraduate. Jeff graduated with a BS in Biology with Honors. Jeff continued his undergraduate research in Biochemistry after graduation and was eventually published for crystallizing the structure of a unique protein. Jeff graduated from UNC-CH School of Dentistry with Honors, received the Alpha Omega award for highest class rank, and was selected into the Omicron Kappa Upsilon honor society by the faculty. Jeff is a current member of the American Dental Association, North Carolina Dental Society, and the Christian Medical Dental Association. Jeff’s wife Kelly is a local Pediatrician at nearby Advance Pediatrics. Jeff and Kelly have two young girls Lily and Ella. Jeff enjoys spending time with family at home, or at the beach and mountains. Jeff also enjoys biking at Tanglewood and playing sports such as soccer, basketball, and volleyball. 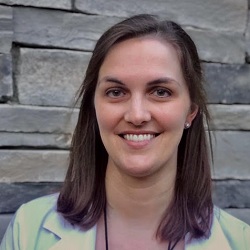 Dr. Courtney H. Rose grew up in Winston-Salem and graduated from Mount Tabor High School. Courtney attended UNC Chapel Hill for undergraduate, graduating with a BS in Biology. She later went on to UNC School of Dentistry, where she graduated with honors. While in dental school, she was President of the UNC chapter of Academy of General Dentistry and received the James Harrell Sr. Award for Citizenship and Leadership. Courtney is a current member of the American Dental Association, North Carolina Dental Society, and Academy of General Dentistry. Courtney and her husband Russ have a daughter named Ella, and a rescue dog. Her hobbies include gardening, cooking, traveling, and spending time with family and friends. 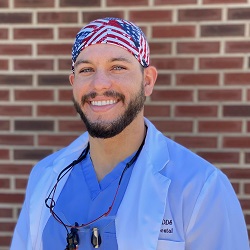 Dr. Sabol was born and raised in North Carolina and is a Stanly County native. He graduated from North Stanly High School in 2009. He then traveled to Raleigh to earn his undergraduate degree from North Carolina State University in 2013 with a Bachelor of Science in Biology with a Human Biology Concentration. Following undergraduate training, he earned his Master of Arts in Human Services - Business Cognate from Liberty University in 2014. He then graduated from the University of North Carolina at Chapel Hill Adam’s School of Dentistry in 2020 as the President of his class. Dr. Sabol is also a good standing member of the American Dental Association and North Carolina Dental Society. He became a member of the Hillsdale Dental family in the Summer of 2020.

Dr. Sabol has many passions and hobbies outside of work. He enjoys spending time with his fiancé, Katie, and their two dogs. He and his fiancé are big NC State fans. He loves archery and bowhunting. He is a natural competitor at heart. He enjoys studying the human body/function and diet, working out, sports –especially football, hiking, fishing, camping, and hunting. He loves both the mountains and the beach.